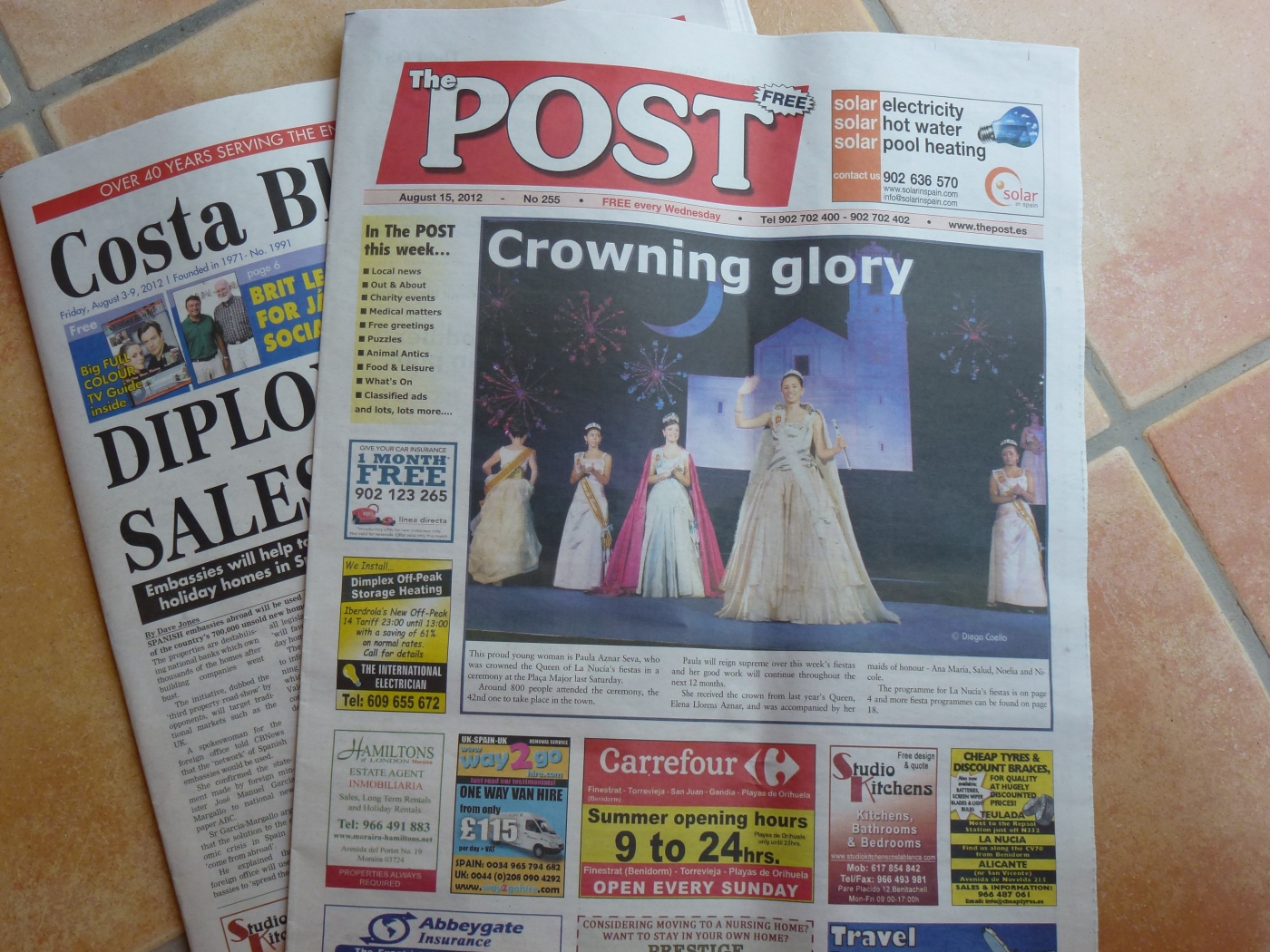 It was a trip down memory lane for me as I stepped into the busy newspaper office of the Costa Blanca News and The Post. I could not believe it was 10 years ago since I last came here to meet a friend of mine, who was the then Editor. It’s where my career started and a huge sense of nostalgia sweepted over me as I took in the hustle and bustle of it all.

But I was not here to discuss some story ideas for publication, I was here to see The Posts Editor, Cathy Humphreys, and talk to her about the newspaper and the role that it plays in the expat community.

Cathy first came to Spain as a holiday rep and it was in 1985 that she joined the ‘Weekly Post’ as The Post was known then. It’s only in recent years that the paper she takes great pride in working for went from being a paid weekly to a freebie.

Cathy and her colleagues spend their working weeks collating community news to keep many of the British expatriates here on the Costa Blanca in touch with their local communities up and down the coast line.

The Post, like many local newspapers in the UK has been through its ups and downs, but their readers and supporters of both the Costa Blanca News and The Post help the newspapers thrive in these hard economic times. Perhaps the reasons for its survival is because it provides invaluable information and is still a vital communication tool for many of the British people here on the coast.